Interesting book that. Here's the picture that kicked off Masoch's fantasy: 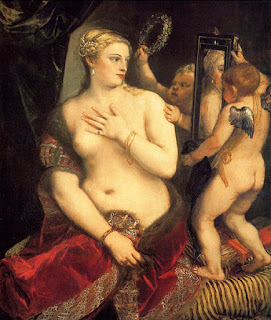 And here's the original opening....

Email ThisBlogThis!Share to TwitterShare to FacebookShare to Pinterest
Labels: masochism, venus in furs