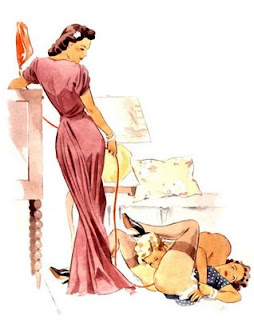 It's time I wrote some more erotica.

Here are the options:

Chastity Planet
Now we're in the far future. Chastity Planet is a resort world. It's slogan is, "Leave your panties off for the Safest Girls Night Out in the Galaxy". It's safe because all the men are stuck in chastity cups. Some are slave, some are free. There's a system for demotion and promotion, and any female can dish out demerits, leading to a public whipping. Most of the girls aren't actual doms, they're just there for a good time, or to study at one of the excellent Ladies Colleges. (On more conservative worlds, the marketing brochures read, "Where girls can become ladies, without becoming women.") Expect sex with prosthetics, and unwilling self-discovery...

Kolkislavia
The present day, a Black Sea Republic, once home of the legendary Amazons. During the cold war, promising male athletes ended up with booby-trapped chastity implants. Now, young men in a similar state pander to sex tourists. Our hero is a British backpacker who's been abducted and caged. Can he survive the dominant women of the Republic to find the chemical key to his chastity hell?

Aqua Sulis
This one started off as a thought experiment, but it's worth a story. Male tourists from our world infiltrate a female only resort in an alternate Britain where the Romans still rule, and serve as chaste slaves to visiting Roman girls. The thing is, there's always the temptation to stay....

Something inspired by my chastity captions
And finally, we've got the modern world and the dysfunctional relationships people have. The key to a male chastity belt can unlock ice maidens, tempt flirts, or assuage vengeful ex's. There are also capture stories, and seduction stories, where lust and desire take the hero sleepwalking into his own darkness. If you've been reading my captions over at Indecisive, then you know the series - which would you enjoy as a book?

So, what would you like to read? (The first person to suggest the winning topic gets a free copy of the end result!)
9 comments: Links to this post

The Safe Word Paradox: when "no" means "Yes ", but Hyacinth" means "Heartbreak" 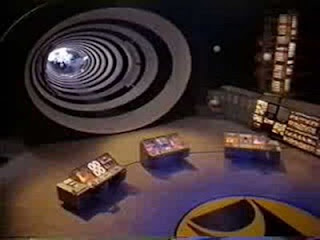 With classical slave roleplay, the submission and suffering are real. But if the slave can escape whenever the boredom or discomfort pass a certain threshold, then how authentic is the slave-mistress relationship? Can you lose yourself in the role if you're constantly weighing up whether to keep going? Can she relax and enjoy the service and the control, knowing you can pull the plug, or will she second guess her every whim? It's not slavery if everything that happens is pleasant - there needs to be the random experience of powerlessness, which means being forced to suffer beyond the immediately gratifying.

So, you're the one with the off switch, so let's start with your position....

You had such a good week last year, that this year, you come back to Transtemporal Tours and pay for two whole weeks as a slave in the alternate world where the UK is "Britania", and the Romans still rule. As before, you opt for "Aqua Sulis", our Bath, a town dedicated to Minerva where the only men are chastity-belted slaves. 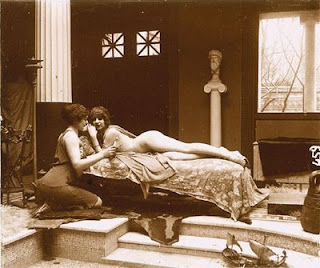 Impersonating a slave in your welded-on steel underwear, you spend an hour in the shop window before Flavia, a poor little rich girl, hires you for her stay.

Like before, from her perspective you are a real slave: You obey orders, and beating you seems to concentrate your mind. She doesn't care that you're leaking from your chastity belt - your desires are simply irrelevant - and anyway, she's too busy trying to get her best friend into a pre-nuptial Lesbian fling.

Unfortunately, the seduction is not going well, so Flavia is short-tempered. She also tends to forget you exist for hours on end.

One day, as you kneel in an empty hall, your back still throbbing from the latest beating, you remember paying extra for an Emancipation button built into your right back molar. You curl your tongue to tap out the sequence, and then hesitate.... 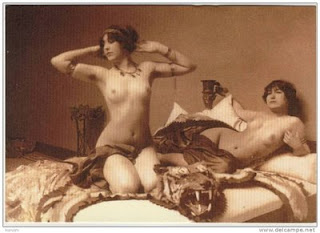 Worse, there's a good chance you'll never get to come back. Even if Transtemporal Tours don't ban you - extractions are difficult and risk blowing their cover, so this had better be a real emergency - you'll automatically lose your club membership.

Will you ever be able to afford rejoining the club? Also, you'll almost certainly also lose your deposit, which is money you need for other things.

As you kneel there, you notice a real - native - slave sweeping up the courtyard. You feel ashamed to be exploiting a role he's stuck with - until you see the shiny trickle down the inside of his thigh.

"Yes and no," he whispers back.

"Scared of getting caught," he says with a shudder. He notices your gaze drift to the semen on his thighs and colours. "And where else would I get to be with such classy chicks?"

Before he can slip away, you ask, "What would make you do a runner?"

He frowns. "I can take my punishment as well as any man. But if my owner started to, you know, damage me, or made me blow her boyfriends, then I'd make for Hibernia in a shot." Then he shakes his head. "But that won't happen. Why would she damage her property? And no Roman man would risk his reputation..."

As he scurries off, you realise that you both have the same hard limits. In fact, you picked this very Alternate Earth because the culture not only satisfies your fantasies, it also makes it unlikely that anything really bad will happen to you. 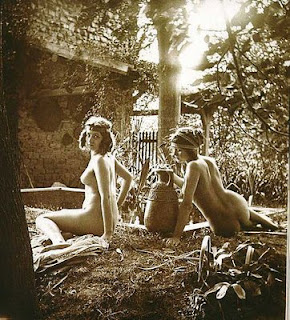 And so you surrender to the slavery. Flavia 's Roman nature gives you all the protection you need. Next time, you won't bother with the button.

(Oh, and Flavia does seduce her best friend, but just too far into the overgrown garden for you to watch. You'll never forget the feeling of the cries of orgasm reverberating through your chastity belt, though.)

Back to the real world...
So, back - kicking and screaming - to reality. What keeps a voluntary slave enslaved in the rough patches? Or, put it another way, what are the consequences of saying "Hyacinth - game over?"

Just like the Transtemporal Tourist, you've invested time and effort in getting to the scene, whether it's clearing your diary, or buying toys. Pulling the plug early will be a letdown - you've everything to gain by continuing, and your discomfort will have been wasted.

Also, like the Transtemporal Tourist, you risk losing a financial investment; if the keys to your chastity belt are timelocked away, then you stand to break your expensive toy, or the wreck a lockable cabinet.

And you may well make it hard to play again - you could leave your playmate feeling silly, ruin her ability to take your slavery for granted, or blow a hole in her plans.

So, there's a lot to be said for taking the rough with the smooth and staying in role.


Playing on through...
If you pick a culture - like Modern Aqua Sulis - that respects your hard limits, then you shouldn't need to step out of role. As long as there's an assumption that slaves are valuable property, then you should be able to say, "Mistress, this (or that) will damage my muscles."

Beyond that, it's good to negate the need for out-of-role decision making, and then to weight the decisions in favour of staying in role.

Set a sensible time span for your visit to Aqua Sulis. If it's an evening session, agree 9pm to 1am and stick to it. That way, there's no need to keep revisiting, "Have I had enough yet?"

With consequences, it's a question of proportion. The longer, the more intense the session, the greater you should make the consequences of wimping out. The more she dresses up, the more effort she puts in, the greater the moral and emotional pressure on you to follow through on your side. If using a timelock, lock away your keys in something more expensive than your chastity belt. And, if you're going for a long term lockup, buy a chastity belt you'd be embarrassed to destroy, and that you can't afford to replace.

Freeing her inner mistress
Realistically, most girls aren't obsessively kinky in the way men can be. However, many of them enjoy being a tease or a bitch, if given permission, and most will enjoy the pampering and other vanilla benefits of having a slave if they can get over their self-consciousness.

Just imagine we're still us, but I'm legally your slave, and you're OK with that. You don't want to break your valuable property, but you don't really care what I'm feeling, unless it amuses you to do. You can be as selfish as you like, in whatever way you like. Mostly this will turn me on, but you will have no way of knowing this thanks to the chastity belt, and can therefore ignore the fact.

Getting over the self-consciousness requires two things, one obvious, one not so.

I'm going to be your slave. I'll do as I'm told as best I can, but you may need to punish me to get the best service. If you get bored of me, or don't have any task, just ignore me. If I'm bored or uncomfortable, I'll accept that - it'll probably turn me on. If I feel physically unsafe, I'll warn you because a good slave should protect his owner's property. I have no expectations, other than you don't ask me to break role.

Less obviously, and probably most importantly, you need to set a time for coming out of role. Slavery fantasies, unlike flagellation and torture scenarios, can be relatively gentle and lack set pieces. They're about a kind of existence, rather dramatic scenes, so they don't have a natural end point. An open ended session can be daunting to an inexperienced dom. There's also a danger she'll start second guessing you. She may also start wondering whether she's had enough yet, and feel an unspoken pressure from you to keep on going.

At 1am, we'll stop, and go back to loving each other. Right now, I love you, but you don't even care what my name is...