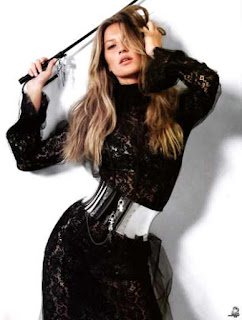 After some very useful feedback on Chastity Planet, I'm starting to get a handle on what people think is cool about it. Guys - am I right?

I like the sci fi elements the best. It's an improbable but plausible take on a future where male chastity becomes the norm.

Yes, it's not supposed to be likely but it is supposed to feel as if it would work were it to happen.

This gives the whole setting an atmosphere of eroticism and exoticsm, as if Vegas developed Hawaii. And while that may not be the feel the colonists intended, it certainly reads that way to a a 20th/21st century audience

Coupled with the ability to demote, and (some) legal protections, provides the opportunity to indulge in a fantasy. Its a persistent temptation to indulge in debauchery (for either gender), coupled with the very real possibility of getting in over your head - but without it getting too out of control.

Thus a guy can get involved in some debauchery, such as the licking booths, thinking it would be fun (or a display of masculine prowess, etc.). He quickly discovers the downsides . . . and just how frustrating debauchery can be when you're in chastity. But it seques into some other form of sexual debauchery (meeting a girl impressed by such things, or . . .), making it more . . . fun, again. But if he really hates it, he can demote out of it . . .

At the same time, its kind of Sadie Hawkins thing. Women are encouraged to chase (and sexually indulge), and the men are all too ready to be caught. Nice change of pace, particularly for people who are tired of the dating scene.

So its really the setting, includinmg its permisiveness, that's the attraction. Live the fantasy - but only as long as you really want to

One caveat: at some point, you are going to have to show a whipping, or else violate the rule of Chekov's Gun. Three (or five) demerits could easily be earned in a single night, thus it would be a huge plot hole for it to never happen in your stories. And depending on how you develop the whippings, that could change the appeal.

I think the whippings will be judicial in feel, but closer to public school canings than the full on flogging. They'll also be humiliating. And yes, they'll happen.

Thanks for all your help guys!

For example, with Femtopia, particularly in the tourist areas, I'd suggest making it more . . . theatrical. At somewhere like Tom's night club, for example, I could see it even becoming part of the entertainment. Picture a recalcitrant bondsman, who's just earned a whipping. Have him stripped naked and led up on stage, where his "crimes" are publically read out, and he's lashed to a whipping post or frame. His whipping becomes a mini-show for the entire club, then afterwards - still secured to the whipping pole - the demerit givers and any other interested female parties can pose with him for commemorative photos. Then, he's lead over to an empty licking booth, to "take care of" any customers who got all "hot and bothered".

Not only could something like that become a tourist attraction, and possibly fun to write, just think of the motivational factor. Every bondsman in a licking booth, working during the performance, is going to have some very interesting thoughts running through his head right then . . .

There's also story potential in playing up the eroticism of such a situation. Perhaps consider letting a female "friend" or his owner "comfort" him during the whipping. Every stroke, she leans in to kiss him, or lets him lay his head against her breasts for a moment, even as he's being whipped into submission.

Something like that could make it more plausible for a "nice" girl to order a whipping for a boy . . . or for them to get together afterwards. She gives a guy a demerit, not realizing it'll push him over, and tries to make up for it. Or, for a nasty story, his owner whips him while arranging for a woman he hates to offer him "comfort".

Another thing to consider would be to make the whipped guy responsible for "tipping" his whipper, his owner, or both . . .

Also consider making the whipper anonymous, yet sexy. The unsubtle way would be to make their official outfit dominatrix-y, but even just a mask offers potential. A guy chases a girl, or is friends with a girl, never realizing she's the one who keeps whipping him. And she doesn't know how to tell him . . .

And Minerva, Amazonia, and Neutralia could have their own takes, thematically appropriate, of course.

Hmm . . . and have you thought whether you want to have a professional corp of whippers? Volunteers? Draftees?

Some sort of culmulative aspect could be interesting. Perhaps every demerit (within a certain period) shrinks the window for how long the cup stays open. Or every ten demerits (say in a month) doubles the number of orgasms he has to give a woman before his cup will open. Or he has to "earn" them off before it will open at all . . .

There's potential there, but some risk, too. Make it too onerous a penalty, and it undercuts the safety valve, and thus "willing fantasy" aspect . . .

If you're looking at borrowing Greco-Roman imagery and ideas, have you thought about the public bath houses? It seems like you could have some fun. My thoughts run something like this:

Upon entering a public bath, two lines of employees greet them. Neuters and Mutes along one side, pretty girls along the other. Due to the heat, both are virtually nude - the males in just cup and collar, the women in loincloths. Each customer may take their pick of bath attendant, or use one brought from home.

Next is the work out area, where their attendant doubles as a personal trainer:

* Clients who chose a male attendant get an upclose and personal look at the "neutered" configuration, a possibly unsettling experience for the male clients, seeing the fate that could await them. . .

* Clients choosing a female client, on the other hand, get an up close look at a topless woman, and what's under her loincloth, particularly during the bench press

Next up would be the baths, where the client is not only scrubbed clean, but has plenty of time to just sit and soak, and discuss business with other clients - just like a classic Roman bath. Business deals, gossip, and just enjoying the eye candy standing around . . .

Finally would be the massage and towelling off. More risque bath houses could also offer special considerations . . .

*Male bath attendants go down on their female clients, unless they specifically complain, to help them "relax".

* Male customers with a female assistant may find her pressing her loins into his face, expecting a tip . . .

*What happens between female customers and staff depends on the two . . .

- A young woman - maybe a college student - goes to a public bath, because she's tired of people laughing at an inside joke when they talk about them.

Choosing a male attendant, she admires his form during the workout, is embarrased at the permisiveness of the bathing area, and shocked when her attendant's mouth makes contact . . .

-Another woman signs up to work at the bath house, looking forward to many, many "tips" from male patrons, only to be surprised when a woman picks her . . .

-Just listening to the gossip in the bathing area. Short, sweet, and gives room for a lot of exposition.

-A male rookie goes to the baths. Picking a female attendant, he finds the experience one long tease - and surprised when he finds his attendant suddenly sitting on his face, waiting for her "tip".

A rookie vs. experienced veteran scenario could be fun, too . . . and underscore just how radically attitudes can change on Vesta

Chastity Planet is seductive. "Safest Girls Night out in the Galaxy"

I'm glad you like them - I was a bit concerned that they'd be . . . presumptious

And with Minerva right there to balance things out, that should give some latitude. Actually, I'd expect the Femtopian areas adjacent to Minerva to be even wilder than the rest of Femtopia, catering to the Minervans looking to blow off some steam . . . Spring Break communities tend to be very quiet when the students are gone, after all . . . Vegas might be an interesting model, too, surrounded by all of the clean-living, teetotalling Mormons . . .

Again, I'm glad that you like the story ideas. I'd be honored if one actually got used, or an idea got incorporated into the setting. Good luck with the writing, and let me know if I ever start to overstep my bounds. I don't want to offend the creator and author, after all - or ruin one of your stories.

Don't worry about presumption etc. It's great to be able to chat about these ideas.

(Do however buy my new book and review it on Amazon...:)