Dreamquest of the Unknown Kinkster

Three times I dreamed of the city where serene women rule and the men are slaves, and three times I was snatched away. 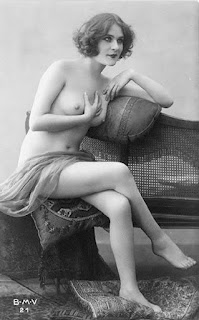 Each time, I stood behind the bars of the slave market in the lower town and watched the bejewelled women pass by. By custom, they were naked except golden girdles and flimsy bodices.

This was a city of languid Sapphic lovers.

The long-limbed maidens would stroll hand-in-hand or with arms slipped around lithe waists. Sometimes a couple would stop off to kiss in the shade of my arcade. Lazy hands would slide over olive skin. Breaths would quicken and they would move on, bare legs striding away down the shady street in search of a more private trysting place.

And I would become hard and erect under my concealing leather kilt.

Then a woman who concealed her body in a long robe would notice me in my cage and rouse the dealer, who would fumble for her keys.

I would glimpse a cascade of dark hair, then awake rigid with desire. Self gratification would only leave me sordid and lonely.

So, I studied manuals of lucid dreaming, practiced visualization and abstinence.

None of this did me any good.

True, my nightly journeys still took me to the Virgin Lands where men are a furtive afterthought. However, though they populated a dream land, the women there were too normal, too much of flesh and blood. They could not compare to the living statues of that city, which now seemed lost to me.

I asked after my city,

I learned of other sinister wonders: the Plateau of Veneris where the sinister Abbey visits grim torments on the dreamer foolish enough to cross its threshold; the Ghlugs who will milk a man dry then sell him into slavery; the Cat Maidens who are your friend as long as you can satisfy them, but who will claw you till you bleed when at last you cannot; and the cruel City of Ooblet where the cries of tortured men serve to mark the passing of the hours.

However, none could tell me of the city where serene women walked while mute male slaves rejoiced to serve their every whim.

Melancholy took over my waking life and my sleep became more fitful, my visits to the Virgin Lands more fleeting.

One evening, as I wandered in the rain while motorcars hissed past and more normal men hurried home to warm meals and warmer bedrooms, I peered through the window of an antiquarian bookshop and spied a woman who boasted my dream mistress’s cascade of black tresses.

I went inside, but could not muster the courage to speak to her; a man who spends his nights in fever dreams of whips and chains loses the faculty for light conversation. I did, however, come away with a hastily selected Book of Dreams. This was a battered tome from past centuries that purported to teach the Art of the Dream.

As I dried off in my lonely dwelling, I was disappointed to find it contained not exercises, but theurgic rituals. I was too much of a materialist to give credence to the occult and put the volume aside.

Weeks later, the rituals became an attractive last resort, which is how I came to be standing naked before the priestesses Ash and Karmel in the Cavern Temple, not far from the waking world.

It was a dream but it was real.

The damp stone chilled my feet. The steps down beckoned, calling me to descend into the darkness. A warm breeze from the depths teased my skin.

And the candlelight danced on bare female skin, made gold glitter like fairy dust.

The priestesses were tall, statuesque, but not impossibly so. Each wore her nakedness like a suit of armor. Bangles and anklets served only to emphasize the hard curves of leg and arm. They kept their pubic triangles trimmed so as to expose long, fleshy inner lips that seemed to threaten an fleshy engulfment from which there would be no return.

My member reared as if in salute. I cupped it with my hands and blushed.

Priestess Ash, with the pale skin, favored me with an amused smile. “Declare your intentions, dreamer.”

I blurted out my quest, described the dream city of the elegant women.

Now Karmel, with the dark skin, spoke, her voice cold. “You speak of Lost Vestal. It is not of for mortal dreamers to find.”

“Then I will find the Dream Goddesses,” I said, “where they dwell in the Unknown Tower of Torment, and petition them.”

“No,” said Karmel. “They are angry with you. Thrice they granted you the vision of Vestal, and thrice you profaned it with self pollution. It is not for mortals to seek out their tower.”

I squirmed and blushed. Even so, I thought of the black-haired woman and set my chin. “Then I will beg their forgiveness.”

The priestesses exchanged smirks and nods.

At length, fair-haired Ash spoke. “If you can sate both of us while maintaining your lewd salute, then you may descend into the dream land and pursue your fruitless quest.” She draped herself on the low padded altar and spread her legs so that the tendons of her thighs stood out like ropes.

Karmel held up her hand. “Wait. Know that if you fail, there will be no return to the cavern temple, or to the dream lands. And know that you will be scourged as you make your attempt.”

I nodded and approached the flaxen-haired priestess, my gazed fixed on the fleshy lips that flourished between her pale thighs...

Definitely got the writing style of H.P. Lovecraft down. I can easily see the influences of "Dream Quest of Unknown Kadath"

Thanks! I'm not whether it's worth writing more, though. What do you think?

Hmm . . . I don't know. Lovecraft's work is kind of like watching a slow motion train wreck. From the moment you begin, you know its going to end badly. The only question is whether any of the cast will survive, and - if so - whether they're still sane at the end.

If you want to keep going, well, you've certainly got the general tone down. I'm just not sure how "fun" you'll be able to keep it. If you're up for the challenge, though, go for it.

On the other hand, if you're just wanting to explore historical styles of writing, you might have more luck playing with the style of Conan, or perhaps the Gor novels. Both have plenty of sex, and it might be interesting to try to work the femdom/chastity elements into them.