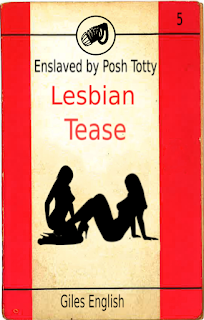 To-the-manor-born Pippa takes him for granted and doesn’t mind undressing while he watches. Posh red head Audrey finds it liberating to use him as a sex toy. However, intent on forcing him to quit, Bryony, the upper class lesbian, teases him to insanity by making him watch while she enjoys a morning licking from Leisha — herself stuck in a chastity belt. Meanwhile, the demerits add up and a whipping looms.

It’s the sexiest thing that’s every happened to Brett. The snag is, he’s still locked in an inescapable chastity device.

He just has to get to Friday when he plans to seduce Pippa and prove to her he’s a real man. However, can he cope with the frustration? And, worse, will he come to enjoy all of this too much?