OK, well, probably not the Real You.

I think most of us 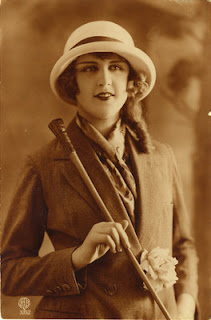 Guess what? The primitive part of our brain can't tell the difference between real and pretend. When we see a horror film, we really do experience fear. We keep going back because, since we consciously know we're safe, we can enjoy the mental arousal triggered by the rush of fight/fly brain chemicals.

Most of us, though, just find that dark fantasies have the edge over romantic or cosy ones. Being tortured by the class bitch is so much more interesting to imagine than necking with a girl we like--

--it's also easier to imagine. Apart from a lucky - or tragic - few, most teenage boys have to wait a horrible long time before they have the experience with which to build a vanilla fantasy. Girls are just unknown territory. How would a seduction go? What would it feel like to touch her? What would she say? What would she be like naked?

It's also a safe fantasy... no, really... it's an escape from that unbearable emotional longing for love, and it doesn't set you up for a fall. Realistically, the class bitch isn't going to tie you to the school railings and torture you with crocodile clips (sorry!), but if you allow yourself to imagine that the unattainable girl in the next desk might actually kiss you... well, then you'll start obsessing about how to make it happen, and bitter experience suggests you'll only get hurt. And, if you do succeed - what if you upset her or come in your pants!?! RUN!!!

However, your Inner Slave is still real and part of you - try and see how long you can ignore it for - so what do you do about it?