What's in it for her? (continued): Dark Side Safari

Earlier, I asked "What's in it for her?" and got this anonymous reply: 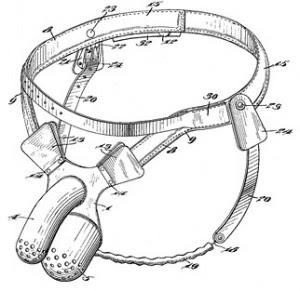 Taking this at face value, the Mr Anonymous paints a picture of a very normal couple....

The normal thing would be for them to be dysfunctional. Their marriage should be a merry-go-round of trust and distrust, intimacy and frantic distancing, love and hostility. The options should be expensive therapy and/or even more expensive divorce.

Instead, they've addressed their issues directly and used a male chastity device to secure his mental and physical fidelity, and as leverage to resolve the conflict between his old-style machismo, and his urge to be a nurturing husband.

So, now - assuming the goalposts don't keep moving - they're not dysfunctional. But he wears a chastity belt. You can't even call it unhealthy, since they probably have a darn sight more intimacy than most couples. It's not even dark - it sounds positively fluffy.

They've done what geeks call, "a hack" or perhaps "workaround". No need to tangle with complex emotions, just slap on this piece of hardware and all will be right. 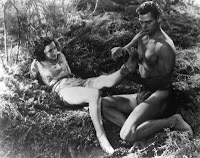 Let's call it the Dark Side Safari.

According to Families and How to Survive Them, we tend to pair up with others who share similar issues by the very act of trying to avoid them. (How this is supposed to happen deserves a different blog entry.)

If you look around you, you'll see that relationships usually go either to the Light Side, where the couple resolve each other's issues, or to the Dark Side, where their matching fuckedupness locks them into a private couple hell.

Mrs and Mrs Anonymous are actually in their Light Side, but for most of the rest of us, that sort of power exchange belongs firmly in the Dark Side. (For myself, had I met somebody like Mrs Anonymous, I would have been sucked in, but would always have been yearning for something more... normal as a baseline for our relationship.)

As for what my other half gets - you'd have to ask her. Logically, though, there's lots of authentic benefits that a chaste lover can offer his belle. It all depends on the lady...

But then, this is the Dark Side, we'll be home safe in the morning.

This was insightful. I believe before the transition to the WLM dynamic we were on the dark side with neither of us well off. We still both are people with issues, but it doesn't really play into the relationship dynamic as she does as she wants, engages me when she wants, and I get my fulfillment from when I am able to please her. The issues we have as baggage are now dealt with differently. Mine are brought to the surface through her observation and corrected. Hers are rolled into whatever she wants at the time.

Interesting. What makes this light? That you both now accept your roles which are explicit, or do you both behave differently now?

no more forced equality. Both of us are much more content.

Whose idea was it? Were both of you kinky before? Was any struggle involved?

neither were kinky before. Pretty vanilla. We still are, besides the authority transfer thing.

...as to struggle, her accptance has been, but with her being able to mold the dynamic however she wants, she has found a way that works for her. I am happy in compliance to her wants.

So you sort of drove things, but were really building on an existing dynamic?

(Thanks for discussing this. I tend to write about people in situations like yours. Though, in fantasy, it's usually the woman who makes the whole thing happen, isn't it?)

in the authored fantasy I know of, which is pretty limited, the dynamic is already in place. One exception is the Sleeping Beauty Trilogy. In that one, the submissive is taken.

In my own fantasy, I would not of had to brought the subject up. My wife would of told me. As it turned out, really the only thing I did do, was direct her to the AHF website, told her I could relate to the feelings and then left the matter open to discussion. From there, she said okay, and took it from there. Beyond topping-from-the-bottom things, she has been in charge.