Here's Chapter 3 of Chastity Planet. It'll make more sense if you start at the first episode of this SF male chastity story. 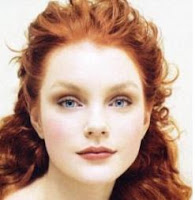 Brigit turned away from Tom and bent over the room's object printer. The hem of her shiny silver dress rode up over her pale thighs. The moisture fled Tom’s mouth. Inside his chastity cup, his penis stirred and flexed.

Behind him, an air cab zipped past the open balcony window. Tom's naked buttocks must be on view to the whole world, but it didn’t matter. He leaned forward slightly and feasted his eyes on Brigit’s smooth, freckled skin. Even though he’d already tongued her flame-thatched pussy, he still wanted her… would always want what he could not have: his cock inside her moist vagina. 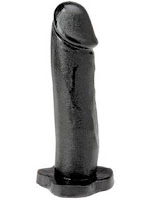 Tom nodded. Tanya had never let him use one, but he knew what to do.

Deidre and Mary giggled. Tom looked at them properly for the first time. Deidre was too plump to be pretty. Mary was petite and blonde, but her hooked nose made her look a little like a goblin. Neither were ugly; just ordinary girls from some backwater world.

An orbital shuttle screamed through the night. Ordinary girls, he realised, renting an ordinary cheap apartment, too close to the spaceport.

The slippery artificial penis half slithered out of Tom’s shaking fingers. He put one hand over the slit-less head and – feeling a little queasy – shoved the base against his chastity cup. The thing… squirmed… then bonded in the right place giving Tom a fake erection.

Again, a flush crept over Mary’s face and into the roots of her blonde hair. She put a tiny hand over her mouth. “It’s huge!”

Deidre just stared, open mouthed. She lent closer so that her heavy breasts swung forward under her pyjama top. “You’re never hiding a monster like?”

Tom looked down at the thing sticking out of his chastity cup. His own penis might be curled up in terror, but the artificial phallus remained defiantly erect. Performance anxiety didn’t really mean much on New Hymen. He straightened his back. “What you see is what you get.”

Brigit clapped her hands. “Beds!” Three single beds emerged from the wall. She cried, “Last one in, goes first!” and dived onto the nearest.

Giggling like a demented pixie, Mary launched her tiny figure over the back of the sofa and onto her own bed.

Deidre’s jaw dropped. She shrieked. “Oh, Mother of God! Not me!” She staggered over to her narrow bed and sat on it, hunched shoulders squashing her big breasts together.

Tom took a step forward and felt his cock harden. He smiled and thought, I’m going to fuck your brains out.

Deidre’s wide eyes followed his advance. As he sat down beside her, she asked, “What about privacy?”

Mary giggled. “It’ll be just like back in the dorms at St Ursula's, sharing racy stories!”

“He’s not quite counting as a man!” said Mary.

“We’ll provide instructions,” said Brigit. “And if he hurts you, we’ll give him a demerit or two.”

Fear thrilled up Tom’s spine. The public whipping seemed horribly closer. It would be so easy for the nervous girl to lash out with a demerit. He twisted and reached for Deidre’s shadowy form. Her lips were moistureless and almost rubbery. Gently, he brushed his tongue against them. Her mouth opened and he tasted pizza. Down between his legs, his cock throbbed against its prison.

Mary’s voice squeaked out of the gloom. “Is he doing tongues?” asked Mary.

Maintaining the kiss, Tom carefully reached under Deidre’s pyjama top and slid his hands over her soft tummy. His fingertips lodged in the fold between breast and ribcage. Carefully, he cupped each clammy breast and squeezed.

Deidre broke the kiss. “Sweet Mother of God! He’s got my paps!”

“Grab his balls, then!” said Mary. “That’s what the Sisters taught us.”

Deidre’s sweaty hand pushed between Tom’s thighs – she was clutching his chastity cup. “He doesn’t have any, silly.”

Tom’s penis twitched and he felt his face redden. “Yes I do!”

“Not on New Hymen!” declared Brigit. “And you only have a cock because we gave you one.”

“Take her top off, and suck her nipples,” ordered Brigit.

Tom tugged Deidre’s pyjama top over her head. A bare breast clipped his elbow. He shuddered and dropped the garment onto the floor.

The buxom girl’s shadowy figure shifted as she lay back on the bed with a rustle of sheets. “Worse than naked!” she said. “But…exciting.”

Tom knelt next to the narrow bed. He ran his hands over her round tummy and cupped a heavy breast. Slowly, he descended on it and fastened his lips around the nipple. It was salty but sweet.

“Shall I give him a demerit?” asked Brigit.

“No…” Diedre wriggled back down the bed. “I can feel…” Deidre gasped. “This tingly feeling. It’s making me feel hot down there!”

Mary squeaked. From somewhere in the room came a soft scratching sound, like a small dog scampering over wet sand.

“Take her bottoms off,” ordered Brigit, her voice breathy.

“Oh no!” said Deidre, but she lifted her hips for Tom to drag down her pyjama pants. Her body heat warmed his cheeks. A faint, savoury aroma teased his nostrils. “Omigod! I’m naked!” she said.

“Are you… wet?” gasped Mary. The moist scratching intensified.

Deidre shifted and a similar sound came from near by – the finger on pussy. “Very!”

A wet ripple went through Tom’s penis. It shrank inside the chastity cup. His cheeks burned. The truth was, without the chastity belt he’d probably come all over Deidre before his cock so much as got near her. He was glad of the dark to hide his embarrassment

Tom climbed onto the narrow bed and clambered over Deidre’s plump right leg. Her damp skin stuck to his.

Tom flinched and felt his penis twitch. “God I’m sorry!” he gasped. “Please don’t give me a demerit.”

He let her guide the tip of artificial cock so that he was poised to sink into her. Again, his penis swelled against its tube – but then, it didn’t really matter what it was doing.

His armoured groin bumped against hers with a loud squelch. I’m fucking her and I can’t feel anything, he thought. His penis went berserk, throbbing and pulsing, as if it could tear itself free of the indestructible prison between his thighs.

“Faster!” gasped Brigit from the other side of the room.

Tom worked his hips. The artificial cock plumbed Deidre’s vagina, slurping each time he withdrew. The only sensation was the rhythmic slap of his belly against hers. The busy fingers of the other girls kept the beat, so that the whole room seemed to throb in time to his thrusts.

“Good… Like… Like I’m going to burst and…” Deidre subsided into moans. Her soft hands slid around Tom’s forearms. Her nails dug into his flesh.

Deidre grinned, shifted her grip to his waist and dragged him down against her sweat-soaked body, so that his chest squashed her large breasts.

Her big mouth enveloped his. He brushed his tongue against her lips. They opened and she sucked, drawing his tongue in until it hurt.

The new position forced Tom to rely on pelvic thrusts. Now his abdomen began to ache.

“We’ll fix that!” said Brigit. Her footfalls traversed the room. The replicator pinged. Something stung Tom’s back.

He yelped and turned his head.

Still in her silvery mini-dress, the redhead towered over the bed, her long fingers wrapped around the handle of a whip. She struck again, this time across Tom’s buttocks.

Tom opened his mouth to yelp, but Deidre crushed his mouth against hers and clamped her plump thighs around his waist.

Now each crack of Brigit’s whip made Tom flail his legs and howl into Deidre’s cavernous mouth.

A low growl welled up in the girl’s throat. Her breath hissed through her nostrils, scalding Tom’s cheek. Her teeth gnawed his lips. Her nails gouged his back. Finally, she tore her mouth free and screamed.

The whipping stopped. Tom flopped against her, immobile except for a futile quivering in his chastity cup.

From behind the sofa, Mary whimpered then sighed.

Brigit laughed. “I’m hoping you have something left, Mary. It’s your turn now!”

And this, gentle reader, is as far as I've got. Is it worth me writing more? While you're waiting, perhaps you'd like to check out my chastity novel, which is full of more of the same, but - since it was written for publication - in greater and more lurid detail.

excellent story so far... can't wait for the rest

What a great scene! I would love to read more.

Glad you liked it. It's on my to-do list.

In the mean time, you can get a free download of my chastity belt novel here: http://www.lulu.com/content/paperback-book/the-chastity-belt/7942465